Almost forgot! This week's tease is from Too Much Happiness, a collection of short stories. Here we go...

"When I told Charlene about her we had gotten into the deeper reaches of our conversation--that conversation which seems to only have been broken when we swam or slept. Verna was not so solid an offering, not so vividly repulsive, as Charlene's brother's pumping pimpled bum, and I remember saying that she was awful in a way that I could not describe." --from "Child's Play"  by Alice Munro
Posted by Jes at 9:57 PM 5 comments:

Just have to edit it now, but I think it's finished. Might certainly change the title, btw. Contains adult content and swearing.
...
Grateful
Kathy first met him in north concourse of the Miami airport. Outside the dusk air was shimmering off the pavement and the large heady clouds that had formed over the Everglades rolled close to the ground so that water somehow seemed to be everywhere. They did not speak until after everything had happened. There was a little old lady in front of her, waiting in line for coffee. As the woman struggled with her bags, a young man who was possibly still a boy rudely shoved in front of her and began ordering. Then Gracen—for that was his name, she came to find out—took control of the situation. The swiftness with which he handled it was admirable; first a loud but calm voice, then a grab by the shirt collar, then a quick twist and the young manboy was out of the line and in propelled into the arms of two airport security men, and the little old lady was being gingerly helped forward. He turned to Kathy then, and asked if she were alright, touching her gently on the wrist to draw her attention away from the security guards. They got a coffee together.


“I’ve just gotten out of the AmeriBubble,” Kathy pronounced to him, sipping her hot coffee in the artificial chill of the airport. Sudden bouts indoors in Miami always made her feel like she was moving through a bowl of JELLO. “Been wanting to go somewhere new, somewhere with beauty instead of grime or crime or whatever people think Miami has, before I go for my master’s in the summer.”

“What’s the AmeriBubble?” he asked.

“Oh. It’s this…well, I was in AmeriCorp working with these impoverished kids in Oklahoma, and … it’s just that you spend so long around this tiny group of really, uhm—I guess you could call us do-gooders—and everyone’s out in the middle of nowhere all working towards this common goal of helping out these kids, really great kids I mean, even the awful ones, because there’s always a spark of something wonderful in a child, and you kind of create your own little world, away from politics and pollution and crime and the rat race and all that. The AmeriBubble.”

He was a handsome man. She thought she’d continue.

“Anyway, I got back home and I looked around and thought, I’ve just got to get out of here. If I spend another week in this place I’ll go crazy. It’s too … off … to come to after the Bubble, too fake.”

“So you like things to be real, do you?”

“And then what about what’s between us?” Gracen pried her hands slowly from her coffee and smothered them with his own; they were large hands, careworn, but Kathy thought she could detect a softness there that other women would have missed. Then he pulled her forward and kissed her.

Just a little weekend tickler; I couldn't resist. Perhaps I'll post a something like this each weekend for fun. Whadya think? 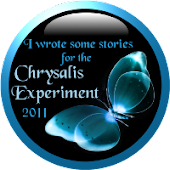 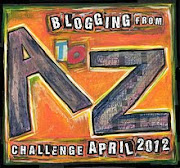